The Standard Model of particle physics has been well measured from almost every angle. Here’s a scorecard of the results.

The currently accepted and experimentally well-tested theory of electromagnetic and weak interactions is called the Standard Model. The Standard Model is based on relativistic quantum gauge field theory. When physicists in the 1920s tried to combine quantum mechanics of Heisenberg and Schrodinger with the special relativity of Einstein, they unleashed a can of worms that was only closed mathematically with the development of relativistic quantum field theory.

The application of relativistic quantum field theory to the classical electromagnetism of Maxwell opened a new can of worms. The Maxwell equations possess a special local symmetry called gauge invariance whereby the photon field, also called the vector potential, transforms as

This transformation leaves the field strength

and all physical observables unchanged. In the case of electromagnetism, the transformations that leave the action unchanged form a gauge group known as the unitary group U(1).

An understanding of the quantum aspects of gauge invariance led to the development of relativistic quantum gauge field theory. Gauge invariance is a powerful symmetry that tames uncontrollable infinities in quantum amplitudes and encodes the rich symmetry structure of conserved charges observed in elementary particle physics.

Today, three of the observed forces in Nature have been successfully described as theories of quantum gauge symmetry, and it turns out that these three forces can be described in terms of unitary groups of different dimensions. Physicists write this combination of gauge groups as SU(3)xSU(2)xU(1).

In the quantum gauge theory described by the group SU(N), there end up being N2-1 gauge bosons.The group SU(3) is the gauge group of the theory of the strong interactions known as QCD. The massless gauge field of this theory is known as the gluon. The group SU(3) has eight generators, and this turns out to mean that there are eight types of gluons predicted by the theory.

The SU(2)xU(1) part that remains is a bit more complicated. One might expect that the U(1) refers to electromagnetism, with its single massless gauge boson, known to everyone as the photon. So the SU(2) must refer to the weak interaction. The group SU(2) has three generators of gauge symmetry, and that would give three massless gauge bosons to mediate the weak nuclear force.

The method they came up with is called spontaneous symmetry breaking, where massless gauge bosons acquire mass by interacting with a scalar field called the Higgs field. The resulting theory has massive gauge bosons but still retains the nice properties of a fully gauge invariant theory where the gauge bosons would normally be massless.

Particle physicists describe this as saying that the symmetry of SU(3)xSU(2)xU(1) is spontaneously broken down to SU(3)xU(1) at the electroweak scale of about 100GeV.

Particle experiments in the fifties and sixties produced copious numbers of mesons and baryons named after letters in the Greek alphabet. Physicists literate in group theory, most notably Murray Gell-Mann, were able to see that the patterns of symmetries in that teeming zoo suggested that the huge number of mesons and baryons being discovered could be neatly organized by the principle of group theory, and that the resulting patterns could be explained in terms of a quark model of particles with fractional electric charge, carrying some other type of charge that physicists now call color.

The existence of quarks inside the mesons and baryons had to be deduced mathematically because free quarks have never been observed by particle physics. It is believed that in the theory of QCD, the color charge is confined so that the only particle states that can be made from quarks are those with zero total color charge. A free quark would carry some nonzero color charge and would not be allowed under the principle of confinement. 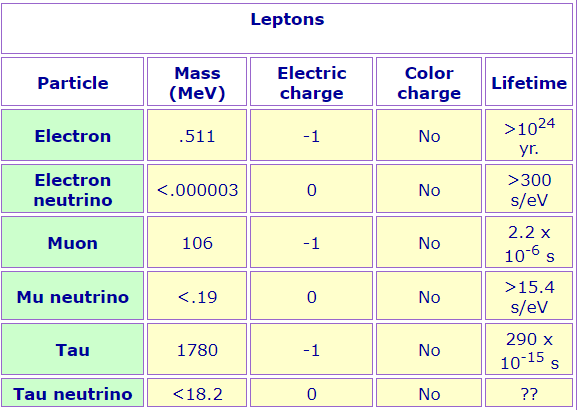 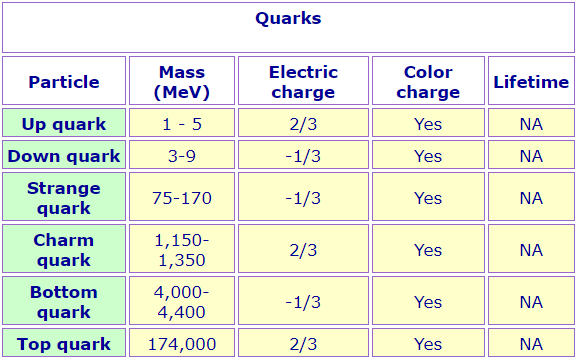